The Poker Room is in shambles…okay maybe that’s a little dramatic but that’s what it feels like.

This week I tried my “genius” idea of wallpapering the drop ceiling tiles for the One Room Challenge and let’s just say…it was a challenge. For starters, using the paste activating spray and cutting multiple pieces for each tile was cumbersome and messy. I could have pushed through this but unfortunately, the result was less than stellar.

I held out hope that those splotches would go away upon drying, but, as luck would have it, it actually looks worse now that it’s dry!

This left me with quite the conundrum. The focal point of my design, as well as my great budget-friendly DIY plan, seemed to be out the window. The wonderful man I’m dating, Kevin, suggested a couple of solutions:

Can you guess which one I decided to go with?

The idea of cutting out a million (okay…18) cardboard pieces and then painstakingly and messily adhering multiple pieces of wallpaper per tile sounded awful. Plus, I kind of loved the idea of leaving the grid and doing something fun and bold with the ceiling, so I decided to completely overhaul my design of the ceiling, and room, in order to go with idea number 2!

but I do still, 100%, count it as progress. It just doesn’t always feel or look like it! So for next week, I’ll plan on getting the new idea for the ceiling complete!

Oh, and in case you’re wondering, the West Michigan Vintage Market was AWESOME, we found so many wonderful things, but unfortunately, they didn’t have the size air vent that I needed so the hunt will continue for a replacement. 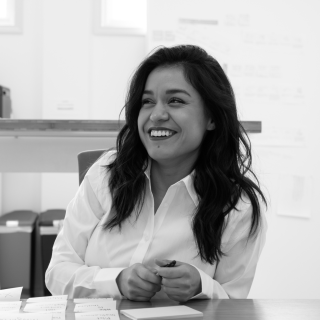 Hi, I'm Fatima. Fa for short. I recently bought my first home and realized the beginning of a lifelong dream of owning and fixing up an old, charming house! Here I'll be sharing the stories of my projects including all of the tips, triumphs, and tears; but mostly tips.